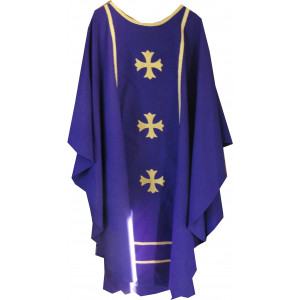 The chasuble is the outermost liturgical vestment worn by clergy for the celebration of the Eucharist in Western-tradition Christian churches that use full vestments, primarily in Roman Catholic, Anglican, and Lutheran churches.[a] In the Eastern Orthodox Churches and in the Eastern Catholic Churches, the equivalent vestment is the phelonion.

“The vestment proper to the priest celebrant at Mass and other sacred actions directly connected with Mass is, unless otherwise indicated, the chasuble, worn over the alb and stole”. Like the stole, it is normally of the liturgical colour of the Mass being celebrated. Ref: Wikipedia 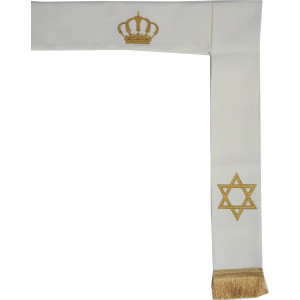 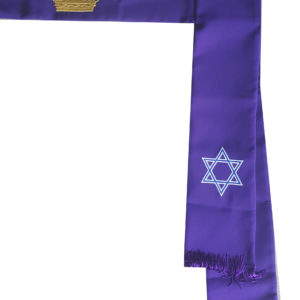 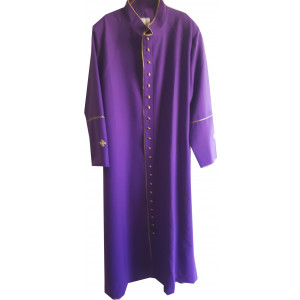 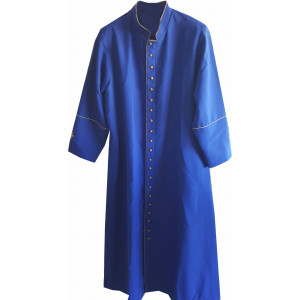 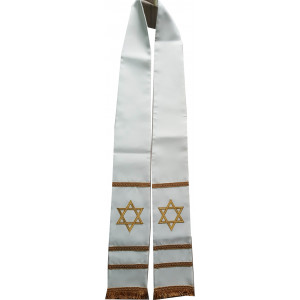