We can draw spiritual parallels between the extracting of Olive Oil from olives with the work of Jesus. The process of extracting oil from olives begins with picking the fully ripened Olives that have turned dark purple. This was normally done by shaking the olive tree until they fell to the ground.

The olives are then placed into a large bowl-shaped stone. A large millstone with a hole through the centre of it would be pushed around the inside bowl by a donkey or an ox. This would result in the olives and their seeds, leaves and twigs being crushed to a paste. 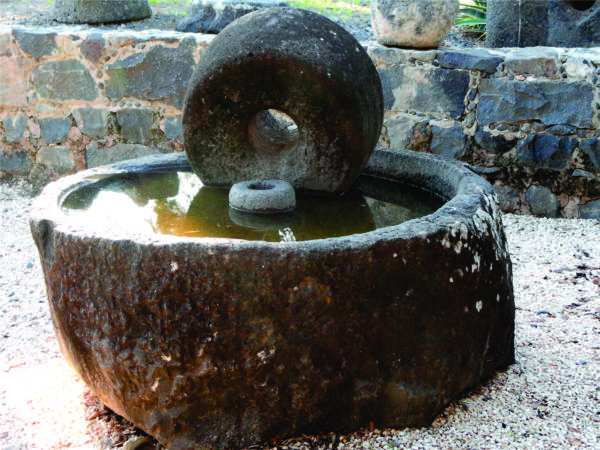 The paste was then collected and smeared onto mats or burlap type fabric which were stacked one on top of the other and placed on a large stone. Interestingly the Hebrew word for Messiah means “to smear”.

The baskets or mats are stacked under a huge stone or wooden column which was called the Gethsemane or Oil Press. Weights would be added one at a time. The pressure is steadily increased over time until the red stained oil contained therein is extracted from the once unblemished fruit.

The oil that comes out of it with the first weight was called “virgin oil: This was the finest oil and was green in colour symbolic of new life as well as representing the New Covenant. The first pressing was also used for cooking as well as anointing oil. The title of Christ is derived from the Hebrew word Mashiyach which means anointed.

The oil that passed out after the second weight was added, was used for light and for medicinal purposes. Jesus is both the light of the world and the Healer for all our brokenness.

Finally what came out with the third weight, or press, contained large amounts of lye and was used to make soap and was reddish in colour. The book of Luke (22:34) reminds us that “Jesus’ agony became like drops of blood falling down upon the ground” much like the drops of red liquid from the crushed fruit. This third pressing represents Christ’s blood  poured out to cleanse us of our sins. 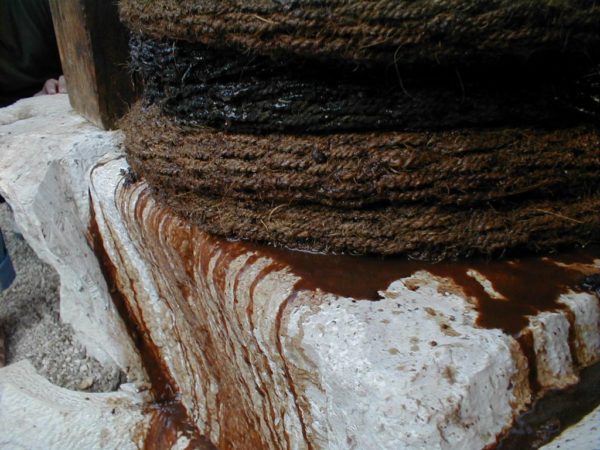 The Hebrew word for olive press is “Gat Shemanim”. Gat, which means “a place for pressing oil (or wine)” and shemanim, which means “oils.” Gethsemane was located at the base of the Mount of Olives and the Greek word Gethsemane means “olive press”. Here Jesus spent his last hours being pressed and poured out before His crucifixion.

These parallels between the olives being crushed and our Saviour being beaten until His precious blood flowed freely are precious and meaningful to us in so many ways. In particular we can know that all the benefits that flow and come to us through the New Covenant are released through the use of Anointing Oil

Insights
Have a Question?